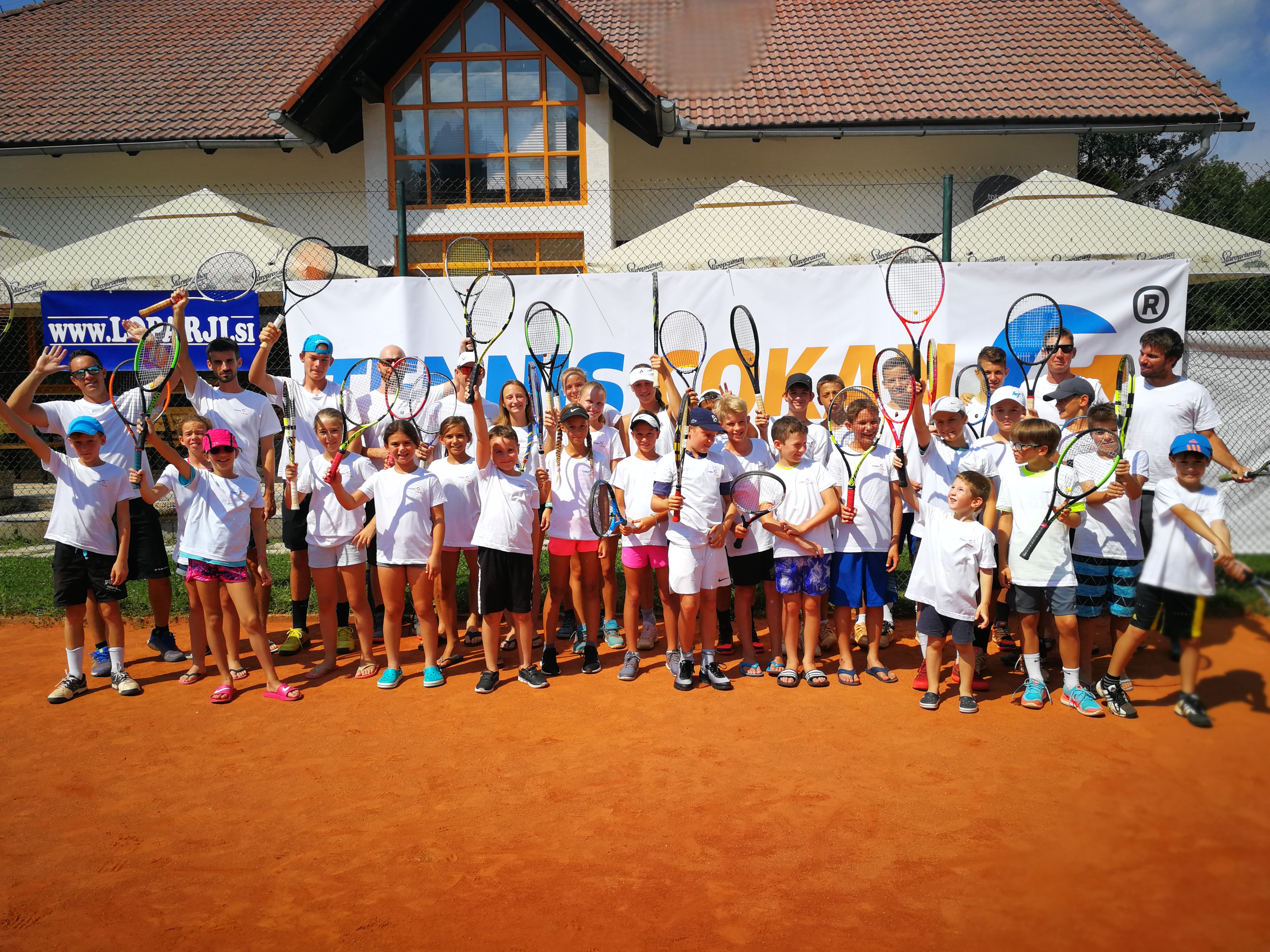 Tennis is a game for the long haul, where nothing happens quickly or overnight. Of course it depends on your approach to the sport, but whatever your initial plans may be, much can change through the course of growing up and various developmental stages. Here I’ll touch upon the topic of developing a tennis personality through different periods, from the beginning to professional tennis.

In Slovenia and in many countries across the world, primary school education is obligatory and the majority of parents do not oppose it. They accept the system and support their child on this path, until they complete it. 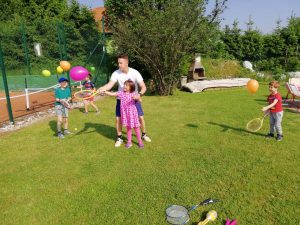 Kindergarten that precedes it, is not obligatory and some children (I will be using the term child instead of player throughout the entire blog post) spend a relatively large amount of their early childhood there. Some parents decide against putting their child in kindergarten and we all know that later, in the majority of cases, there is a difference between children that go to kindergarten and those who go directly into primary school (socialization, habits, diseases they already get over etc.) but I won’t go into details, as this is not the topic of this post, I merely want to open your eyes to the connection with tennis I’ll be making later. High school is chosen by the child based on their life goals or success in primary school. It is no longer obligatory, but a logical choice for the majority of parents and attended by about 95 % of children in Slovenia. And upon completing it, it is followed by a college education. Do you have a sense of how this transfers into tennis?

Tennis kindergarten describes the early years of tennis participation. Here I include the mini and midi categories and up to the ages of 10 and 11. As in actual kindergarten, children have to first get acquainted with tennis, learn the basics of tennis play, rules, technique, proper movement and footing The point is, that they grow to love it as a sport and accept it into their everyday lives. Actual kindergarten should have a similar goal, to make the child grow to love school and be excited about entering primary school. The goal of clubs, parents and coaches during this time should be to »poison« children with sport and tennis for the rest of their lives. And in my opinion, this is where we encounter our first problem. In tournaments and conversations with parents, I notice that there are quite a number of »professionals« in these early categories. The number of individual tennis lessons, which are most expensive in tennis, at times surpass the recommended weekly amount. They rack up points, they expect victory, desire it and praise trophies, won in categories from 8 to 11 years. The parents bicker amongst themselves, with the umpires, complain about conditions or unfair play… Ask yourselves, whether you did the same when picking up your child from kindergarten or your parents’ house. Did you expect a strict degree of dedication and professionalism or were you simply content to see your child develop, play and have fun? During this time it’s important for a child to try out other sports as well, to develop basic motor skills and to be able to decide for themselves, which sport they prefer.

They merely have to discover that they should give it their all at each and every training session, that they have to battle for victory in an honest way, to battle until the last drop of sweat and the importance of participation with other team members (if we’re talking about a team sport). It is useless to expect to see, whether your child will be following in the footsteps of Bedene, Nadal or Serena. Sometimes parents give me the impression that they feel their child is missing out, if they don’t focus solely on tennis at an early age or practice every day for several hours as their competitors abroad do. During this time, playing tennis a few times per week in combination with other sports that enable development of motor skills and physical preparedness is perfectly enough. It’s important for them to have fun and to develop a love for tennis and sport in general. If the child skips tennis kindergarten, it’s possible for other developmental phases in the future to be delayed or lengthened.

When the child reaches the 12-year category, they start tennis primary school, according to my definition, which lasts till the U16 category for boys and U15 category for girls, because girls with more potential tend to skip the Tennis Europe age 16 category and start playing age 18 ITF tournaments. As with your typical primary school, things become more serious now, albeit still gradually. The age 12 category is like the first three years of primary school. Kids meet other players, develop friendships and their personality start to form. This is the time for developing their technique and an increase of tennis practice as well as physical training. During this period, children should get acquainted with the international competition for the first time, start setting short-term goals with their coaches and begin individual practice sessions. Tournaments should be played in a relaxed atmosphere with parents and coaches staying behind the fence and with a fiery rhythm amongst players on court. In this timeframe, it’s all about gaining experience and the number of close matches a child plays. Points, rankings and number of victories is completely irrelevant.

The U14 category is the second triad of primary school. At this point a child decides, whether to play tennis recreationally or just for fun or to discover, how far they can get in competitive tennis (from now on I will be talking about competitive tennis only.) The child has practice each day and physical training is added, importance is being placed on proper nutrition and mental preparedness begins to come into focus. At this point, they can start to think about the professional approach and focus solely on tennis. The number of tournaments and international competitions goes up. Group and individual practice sessions become intertwined and the child’s style of play begins to form. A wide group of children within a club or country starts to form with their own coaching team. 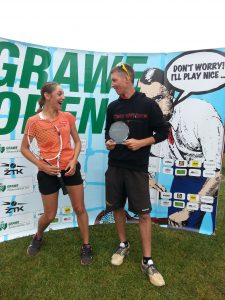 Unfortunately, large tennis nations and larger tennis academies across the world are at an advantage compared to us, but our results show that we can compete with them. The financial investment, compared to tennis kindergarten, at least doubles, if not triples. Now it’s important to create a base for the player, which means they remain balanced on court and able to play all shots technically well and in various situations. Mid- and long-term goals are set and a good coaching plan (cyclical training) gains an important role. Rankings and points start to play a more important role, but only when it comes to finding potential sponsors or joining a national team.

In the U16 category or the last triad of primary school we see a difference between boys and girls. Only rarely do boys skip this category and continue in the ITF U18, while girls that are good enough, skip this category and start playing directly in ITF tournaments. During this time frame, children complete actual primary school. When starting high school, quite a few decide to dedicate less time to tennis, which is not enough, if they want to reach the top tiers. It’s important to slowly intensify and increase the amount of hours dedicated to tennis and work on developing their game. In my opinion, this period is the most important one, because we all know how a child’s personality develops in high school. Also, a lot of attention has to be dedicated to injury prevention, because while children are developing, they are most at risk of injury, which can have a decisive impact on their tennis career.

If the basic requirements are met, the child is ready for the next step; ITF tournaments for up to 18 year-olds, which are a stepping stone towards professional tennis or college. In high school parents expect a certain degree of independency with things, such as schoolwork. The same applies to tennis. The ITF period demands a large amount of dedication to tennis, independent work (stretching, massages, stamina…), travelling the world and financial investments. The child no longer plays tennis, but starts living it. Here they must decide, whether to enter the professional world of tennis (referred to as college from now on) or to quit and play only for fun. In the beginnings of the age 18 category, a relative majority still persists in trying to make a breakthrough, but as the crucial moment approaches, entering the professional world, fewer children persist. During this period, there is a need to increase stamina and physical preparedness, to add regular mental exercises, increase the number of hours spent on court and practice from once to 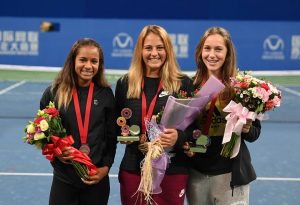 twice a day. The number of players in a team and professional staff shrink, there’s more emphasis on the individual approach and practice sessions 2:2 (two players on court). The costs during this period rise and the majority of parents can no longer carry this burden themselves. It’s necessary to find sponsors and investors. Hard work and battling at the ITF tournaments turn the child into a real player. The style of play is completely formed, their physical form is good, the number of games played is high and with experience gained in previous years through various developmental phases, they are prepared for the final step. The ITF rankings are the first indicator of the child’s strength, knowledge and ability. Most children aim at coming through to the junior grand slams where, in my opinion, rankings matter for the first time, however, they are not a true indicator of the balance of power amongst players.

Breaking through into the ATP or WTA rankings is, in my opinion, equivalent to enrolling in college. In this period, every day is 100% dedicated to tennis. It’s important to put together a team and dedicate everything to achieving the goal and working ha 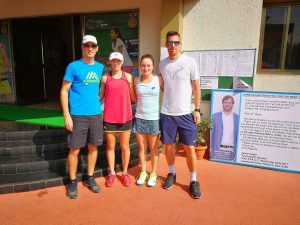 rd for the next 4 to 5 years. I assume this is not what you wanted to read, after everything that has to be done in the previous stages, but without persisting at least until age 23, only a few succeed in tennis (for me success in tennis is coming through to the main stages of a grand slam tournament, which means reaching the top 100 on the ATP or WTA rankings). But leading up to this goal is a long and arduous journey for a player, as well as for the parents. The financial investment is difficult to define, but it is a significant one. But I will discuss this period and the financial aspects of tennis in some other blog post.

Everything I’ve written is strictly my opinion and I’m not forcing you to accept it as your own. But if I have clarified your views on tennis development just a bit, then my goal is accomplished. The path to tennis is wonderful, diverse, strenuous and packed with emotion. I guarantee you won’t be bored, if you decide to embark upon it. And if you happen to be on one of the developmental steps, don’t be afraid to take the next one. A gradual and patient development is the one and only true path to reaching your goal.