A good error or a bad error?

You are going to say that an error is just an error. In tennis, every single one counts and when we make one, our opponent gets the point. But have you ever asked yourself, if there was a right way to make an error, if you had to make one? How can you make progress by making errors? Is it by playing within your comfort zone, merely pushing the ball in the middle of the court, waiting for your opponent to make a mistake? You may win that match, but if your opponent is trying to improve their game by playing actively and making good errors, I can guarantee that they will beat you in the long run. 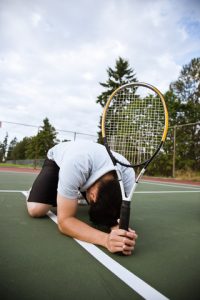 Let me be more specific. I believe the only way to become a better tennis player, is by making errors. I know it sounds strange, but every error we make shows us, what we did wrong in a given moment. Of course you need some basic knowledge of physics and be conscious of your own body and the movements you make, but without thinking about your mistakes, there is no progress to be made. If you pay close attention to what happened with the ball after it left your racquet and what position your body was in, then you should pretty much know, what you should have done better to have avoided the error. Of course, having a good coach, who has previously explained the reason behind your errors, helps you make the connection more easily.

You may still be asking yourself, how an error can be considered good. A good error for me, is when you played the ball with the right intent and made a tactically correct decision. For example: Your opponent plays a long and high ball on the baseline. The only good error in this case would be missing the ball long, by playing an active ball with a quick motion of the racquet. Hitting the net or missing it wide would be a bad error in this case, because the player did not make the correct tactical decision and is not automating the correct body movements. Another example: You’re trying to hit a spin serve, but keep netting them. In my opinion, this is a bad error, as the point of a spin serve is that it’s long and has a big bounce. That would mean that the good error would be hitting the serve long. Missing the serve wide would also be a bad error, unless you wanted to open up the court. There are many more examples, in fact there are good and bad errors for each situation on court. It depends on how you played the shot and what tactical advantage you wanted to gain from it. I often have problems with younger competitors understanding and accepting this. They don’t want to lose. They are disappointed if they make an error and aren’t at all interested, whether it was a good or bad one. They need time to understand and internalize this and when they do, they realize that at this age, making progress in tennis is more important than individual victories.

In rare cases can hitting the ball into the net be considered a good error, at least that’s what it says in many tennis biographies (of world renowned players and tennis legends). These players had to avoid hitting the net at all costs and were not supposed to make this kind of mistake. I also agree with the fact that your first and biggest opponent is the net, only then the actual opponent. In order to be successful and defeat them, you must first defeat the net. Playing tennis without hitting balls into the net is one of the biggest steps towards a good tennis game. But there is a catch: you have to play the ball with maximum arm speed. But if you’re just playing moonballs over the net with little to no rotation, then you didn’t really understand my advice on avoiding net faults. An example of a good net error would be, when you’re playing a drop shot, where the goal is to make it as short as possible. In this case, missing the ball wide would be a bad error.

We can also separate a good error from a bad one, based on the intent behind it. Sometimes an error in a certain situation or from a particular position has the right intent, albeit aimed in the wrong direction or part of the court. For example: You get a slow, short ball in the middle of the court. The only option, in my opinion, is to play the ball aggressively, towards a target, with a fast movement of the arm, while trying to take control of the point. If the player hits the net or misses the ball long or wide, I see this as a good error, because the intention was correct. A player, playing within their comfort zone, would push the ball in the middle of the court, move back to the baseline and keep on playing the point. They would not have made the error, maybe they would have even won the point by playing it safe, but this way of thinking has no real chance at progress in the long run. Serve. Let’s say that your intention is to serve the first and second serve most of the time. I see that as a good decision (of course serves can get a bit mixed up during a match and a player serves the second serve instead of the first). Even though you’ll make more double faults at first, these double faults are good, because they are made with the right intention. This is perhaps a bit more obvious with younger players, especially girls, who make more double faults because of this decision made by the coach or someone else. But in the long run, their serve will improve, moreover, the intent of trying to get points with the serve will be the correct one. We all know, how far a poor serve can get you in tennis. Not very far, unfortunately. 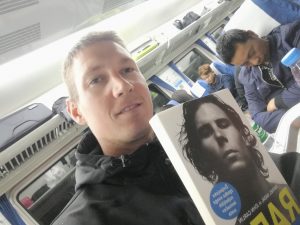 There is no way to play tennis without making errors, so we have to accept them. They are part of the sport and we all make them. But the difference lies in whether you are using them to make progress and surpass your limitations, or whether you choose to stay in your comfort zone, avoid making mistakes  and stay at the same level. Guided by a good tennis coach, you should find solutions to help your progress. Bravely take on the challenges by making more errors in the beginning. If you know, why you make them and what you wish to accomplish with them, you’re on the right path to improving your tennis game. Don’t be afraid to make an error. Make it over and over again, but make sure the next one is better than the one before and directed towards the same goal.