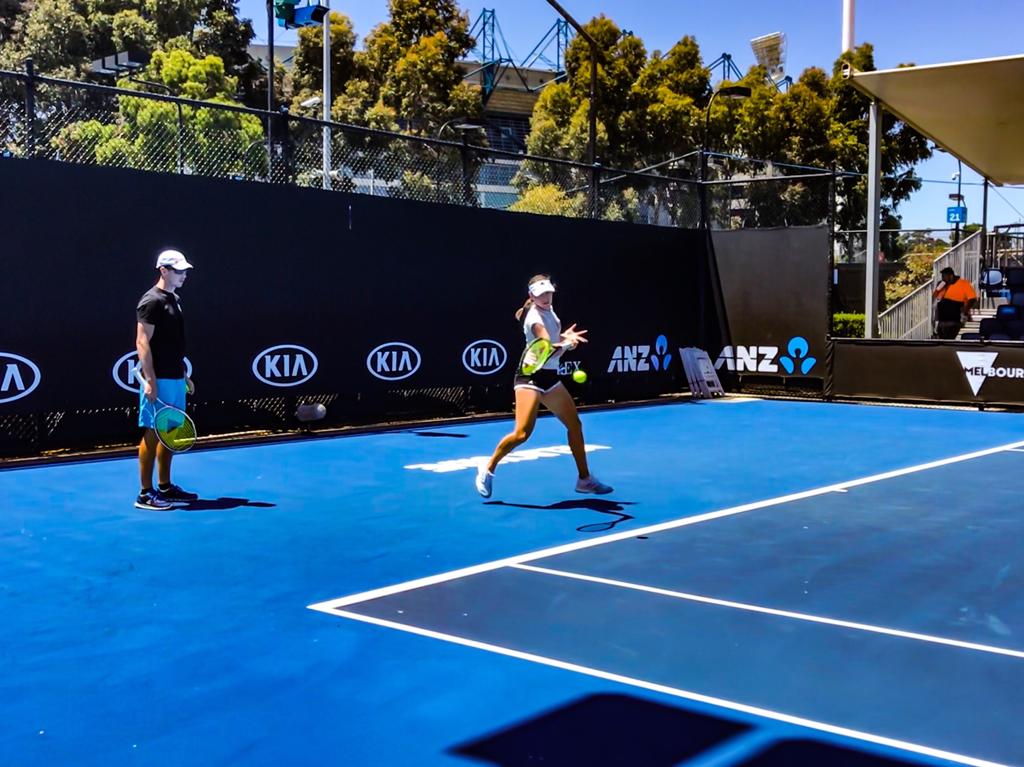 09 May Tennis technique – added value or a necessary evil?

We all know that tennis is a game of speed and precision, so we don’t need to go into great detail about this. In order to achieve the utmost precision with the highest possible ball speed, we have to take care of some basic parameters beforehand. The turn or initial reaction, stance, balance, pure contact and many more. If we want to be successful, all of the aforementioned things have to be carried out with a great amount of precision in the entire body.

Technique is one of the most important aspects of tennis, but not everything depends on it. It’s true that a technically advanced 11 year old that weighs 25 kilograms can hit the ball strongly only if the technique and consecutive activation of muscle groups are perfect. In order to achieve this, they need to hit the ball for hours on end and at the same time work on technique with various pre-exercises. But how much time should you spend working on technique in correlation with other elements of tennis? This is the true art of being a tennis coach.

A tennis coach must have vast knowledge, a good understanding of tennis methodology, a knowledge of anatomy, how to involve various muscle groups when performing shots, insight into the thought processes of their player, their perception and their way of learning. In my opinion, the most important things when learning technique are:

I place enormous emphasis on technique when it comes to player development. With a player with a developed game, I take time at least once a week to practice technique and to correct it, whereas with younger players, I do this several times a week or depending on the player or the season. Balancing practicing technique and developing the style of play is the art form that coaches usually forget. We have to be aware of the fact that players need a certain amount of freedom in their game. Not everyone can have the exact same technique, but must adapt it to their coordination abilities and knowledge. Nadal’s forehand isn’t textbook, but it’s nonetheless very successful. The part that is most important when performing the shot is excellent, the rest he adapted according to his own preferences.

Do not correct technique, just so you have something to correct and develop. Let the player have his or her freedom to be able to create technique based on feeling and style of play. Be only their guide with the goal to achieve the optimal tennis performance.